Home » Blog » When Great Company Cultures Go to the Dark Side

When Great Company Cultures Go to the Dark Side

7 Signs Your Organization Is Headed in the Wrong Direction

Has the obsession to create a happy, engaged workforce gone toxic in your company? 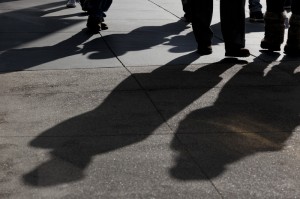 Is over-emphasizing positive thinking in your company’s culture, actually creating negativity without you even knowing it?

Is having 0% employee turnover actually a good thing to sing high praises about, or is it overshadowing another truth?

These are just a few examples of how companies, even with great cultures, can go to the dark side.

The REAL Truth About Your Company Culture & Its Hidden Shadow Side

Most great cultures are driven by handful of sacred values.  They have the clarity, discipline and consistency to make those values deeply embedded into their organizations, often outperforming in growth and profitability by  as much as 150%.

Yet many great cultures have also gone toxic AND the leaders don’t even realize it.  The factors that drive a company’s greatness – when taken to an extreme or at the expense of other factors – can actually become the organization’s hidden “shadow” side.  When that shadow is not brought to light, it can actually lead to the downward spiral or a company’s demise.

A past client company with a strong people-oriented culture – one that I deeply admired when I first started working with them – is one such example.  That strong people culture ignited rapid growth and became their competitive advantage in a high commodity industry.  However, when the recession hit, financial fear took over, its once strong culture went toxic and revenues and profits plummeted.

How is it possible for a great culture, like that, to go to the dark side and not realize it?

Blindspot 1:  You fight for your espoused values at all costs, without realizing the unintended consequences on your organization and business results.

Any value taken to an extreme actually becomes a company liability.  A good example is the obsession with positive thinking within organizations.

Don’t get me wrong.  I am in favor of developing a mindset and culture that focuses on positivity, as long as it is authentic.

Yet being in blissful denial of the “real” emotional climate, politics or stress levels within your organization only creates a culture that hides its deepest worries and avoids the cold hard truth that can cost your company dearly.  Excessive positive thinking also results in artificial company behaviors and attitudes, triggering employee resentment, resistance and frustration.

Remember … any value – even the seemingly positive – taken to an extreme in your organization becomes your liability and “shadow” side.

Blindspot 2:  You focus mostly on the overt, tangible aspects of culture, while ignoring the covert drivers of your culture.

A company’s culture consists of overt and covert factors.   Overt factors involve what is tangible and observable – such as, strategic processes and behaviors within an organization.  Overt aspects of culture often utilize the reasoning, intellectual parts of our brain — the dominant focus of today’s leadership teams.

Covert aspects relate to the intangible, unconscious (ie., below your ordinary awareness) assumptions, social, emotional and political patterns, organizational taboos, etc.  Every organization has covert aspects driving its culture – such as, fears, insecurities, friendships, trust, jealousy, ambition and many more.

These hidden aspects of your company’s culture are driven by the emotional parts of our brain – that is, the underlying motivations, beliefs and “actual” values — determining your actual culture.

For example, one of my company clients has a strong “respect” value — an asset in many work relationships.  Taken it to an extreme, however, prevented them from speaking their truth and having honest conversations about critical organizational problems.

Their covert “agreed upon” behaviors for respect were translated into a belief that conflict or disagreement were to be avoided at all costs.  This covert aspect of their culture drove unintended behavioral consequences for which they paid a high price, till we eliminated the unhealthy aspects of this value.

Blindspot 3:  As a leader, you have a strong internal bias how well your culture is doing that does not match reality.

It has been found in behavior-related studies, that human beings think they are better than they really are.  This phenomenon is called in psychology a “self-serving bias.”

The same is true in the world of leadership and culture.  My term for this is “cultural inflation.”  There are many ways this self serving bias can blind you into thinking your culture is doing better than it is.

For example, when a company grows and changes, it is not unusual for its culture to erode at the bottom levels of the organization.   The leadership team is no longer involved lower levels and often becomes oblivious to the atrophy now monopolizing its culture.

Even when a leadership team recognizes issues within their culture, such leaders often don’t see themselves as “part of the problem.”  They don’t recognize that their actual behaviors, decision-making, communications, etc. are a major contributing factor to the dysfunctionality in their culture.

Blindspot 4:  Your strategy and culture are working at cross purposes with each other.

A common issue at a leadership level is not understanding the interplay between strategy and organizational culture.   As a company, you cannot sustain growth, profitability and your competitive edge without harmony and alignment between business strategy and culture.

So many companies fall short in their goals because they overemphasize strategy with little/no attention to the cultural aspects that drive it.  The most ingenious strategy in the world will never come to fruition without creating the right culture to drive it.

Strategy can be imitated by your competitors.  Your unique, well-entrenched culture cannot.

Blindspot 5:  You put too much weight on the strength of your company’s culture, not its fit.

There is the mistaken notion that great company cultures are the byproduct of its strength.  That is, the more entrenched an organization’s core values, the greater the culture.

While there are advantages to strong cultures over weak ones, the danger is assuming that it is the “right” culture, given your organization’s environment.

The best cultures are those that continuously adapt to succeed in their market and competitive environments.

On the other hand, as your company’s environment experiences disruptive change, your culture must change accordingly to succeed.  When a company’s culture does not fit and/or adapt itself to its own environment, employees will have a hard time knowing how to respond to and serve the needs of its marketplace.

Ignoring the importance of culture fit and adaptability is one of the biggest reasons why great cultures go bad.

Blindspot 6:  Your organization is plagued with double binds, conflicting values and competing demands.

A hidden threat to great cultures are unresolved double binds and conflicting values.  A double bind, by definition, is an unresolved dilemma where the victim feels trapped, no matter the course of action.  That is, the victim deems the situation as lose-lose.

For example, a leader may be put into a double bind situation about the future status of a loyal, although under-performing, employee.  If he/she fires the employee, the leader is giving an unspoken message that loyalty is not valued.  If he/she keeps the employee, the unspoken message is that underperformance is tolerated, which impacts morale and demotivates your best performing employees.

Conflicting values are 2 or more values in conflict – perceived or real — with each other.  That is, either-or thinking. For example, growth driven companies often over-emphasize growth at the expense of other critical  factors, such as profitability.  A company will never be able to sustain growth until the underlying values and assumption conflicts are identified and resolved.

When either double binds or conflicting values go unresolved, the end result is paralysis, a polarized culture, victim thinking and compromised performance.

Blindspot 7:  You fail to assess the health and fit of your current culture and any possible signs of erosion or dysfunctionality … from the outside.

Because so many aspects of a company’s culture exist “below the radar screen,” it’s easy for business leaders to have a skewed perception about the health of their actual company culture.

Or they rely on their own internal assessment of culture which can be just as misleading.  In my experience of assessing company culture, employees rarely tell all for fear of consequences, so the real truth never fully comes out.

What are the alternatives?

Why such an indepth assessment?  Because company cultures, even the best, can become lulled by their past success and ignore the warning signs of a culture gone bad.  Some of the most once admired companies in history – Enron, Worldcomm and Arthur Andersen just to name a few – have been unfortunate proof that even purported great cultures can go to the dark side.

The key is not to fear or avoid the shadow or dark side of your company’s culture.  Rather to learn from it. Your culture’s shadow side actually holds the gift of transformation for your organization’s future growth, success and distinctive advantage in the marketplace.

What warning signs or blindspots do you need to heed from your culture’s shadow side?  What will it cost your organization if you don’t? 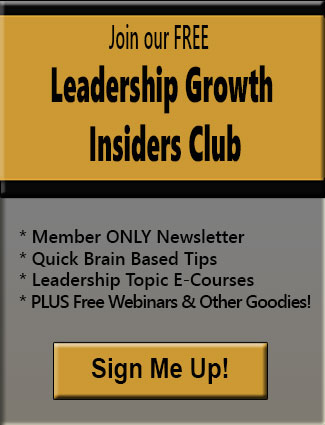